Without a doubt, Sherlock Holmes is the most celebrated consulting detective in the world. In his home on 221B Baker Street address in London, he along with his companion, Dr. John Watson, solved many perplexing cases between the years 1881 to 1904. Sherlock’s brilliant mind needed stimulation and hardcore cases to solve to keep from being bored with life. But, what you may not be aware of is that he, Sherlock Holmes that is, has a daughter.

Why have we not heard of Sherlock’s daughter until now? Who is her mother? How old is she? Calm yourself because all will be revealed. Sherlock Holmes had only one true love in his life, Miss Irene Adler — the only woman who cleverly outwitted him. Their brief tryst or dare I say, one-night stand, produced a daughter named Joanna Blalock, and she inherited her father’s keen mind and deductive abilities. It was only when Dr. John Watson Sr and his son Dr. John Watson Jr, were asked to look into the death of Mary Harrelston’s brother Charles, that the truth about Johanna’s parentage came to the forefront. This encounter would change her life forever. And now, she’s is carrying on in her father’s footsteps in The Daughter of Sherlock Holmes.

The Offspring of Sherlock 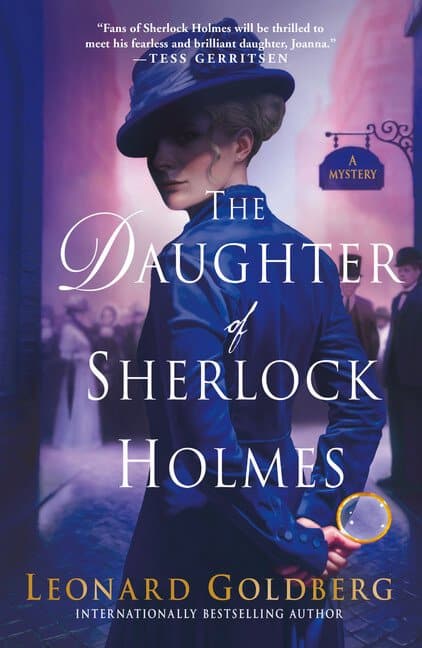 The Daughter of Sherlock Holmes is a compelling story about the murder or suicide, depending on who you believe, of a young soldier. You see there were three eye-witnesses to the demise of Charles Harrelston and their stories differ greatly. One is a gardener and the other two are Johanna and her precocious son Johnnie.

This investigation brings together the descendant of the original Holmes stories. Dr. John Watson Jr and Johanna Blalock are now involved in this mystery with the offspring of the very people Sherlock often encountered. Sgt. Lestrade, the son of Detective Inspector Lestrade and Christopher Moran, the son of the evil Colonel Sebastian Moran, an archenemy of Sherlock. Sadly, Sherlock passed away in 1914 while tending to his bees. Now the next generation must carry on where he left off. Filled with intrigue, clever deductions and insightful reasoning, this story will hold your attention. You won’t be able to put the book down. 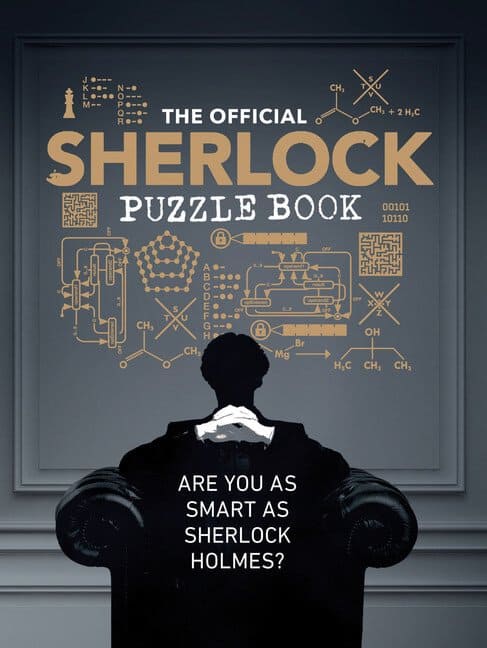 The Official Sherlock Puzzle Book will test your power of deductive reasoning. Step into the mind of the most brilliant detective in the world and see if you can solve the more than 165 included puzzles. Test your skills trying to solve codes, quizzes, riddles, acrostics, sequences, enigmas, logic problems and more. There are a variety of skill levels offered, plus the solutions are revealed. Here’s you learn how Sherlock came to his conclusion and solved the puzzle. The games afoot!

Disclaimer: I received product to facilitate a review. All opinions are my own, yours may differ. This post contains affiliate links. We are a participant in the Amazon Services LLC Associates Program, an affiliate advertising program designed to provide a means for us to earn fees at no cost to you, by linking to Amazon.ca, Amazon.com and affiliated sites.

Share
Pin
Tweet
We use cookies to ensure that we give you the best experience on our website. If you continue to use this site we will assume that you are happy with it.OkNoRead more
You can revoke your consent any time using the Revoke consent button.Revoke cookies